We, as writers (whether amateur, "hobby", or professional), are forever seeking to better ourselves and to improve our craft. Often, we will seek feedback from others regarding our work, often in the form of critiques.

We may even give out critiques ourselves, to friends and to fellow writers. As with all skills, "critiquing" has a learning curve and today I would like to talk about what I've learned about being a "critic" or a giver of feedback in the past year or so: what I do, what I found I should not do, and what good techniques I've come across.

I've made my fair share of mistakes in the past and I'm sure I will make many more in the future, but I hope this will be an interesting read and may help others in bettering themselves, whether as a writer or a critic, or both. And I hope you won't make as many mistakes as I did!

What are my credentials?

On Wattpad, I am what they call a "critic", that is: I offer my thoughts and knowledge on writing to others who request my "service". Both as a writer and as a critic I have a long way to go, but I do try my best to help others improve and also offer my thoughts on their writings as a reader.

What are my qualifications? How many books have I published? What mind-blowing literature pieces have I created to take the world by storm?

None. Well, I got two A*s in English Language and English Literature at GCSE level (16 years old), but I never pursued the languages beyond that point, favouring the sciences and maths instead and am studying those at university level. However, I am a very, very avid reader. I've been devouring books since I was young and that hasn't changed as an adult, although a few research papers have been thrown into the mix, too. Although my sub-par school curriculum offered little to no grammar lessons, I learned a lot about writing through reading. In the past year on Wattpad, I've also learned from fellow critics about the art of writing as well as the art of critiquing and have "published" a few novels and short stories on that site.

Is this post the absolute law in how one conducts oneself as a critic and how prose must be written? Of course not! I'm just expressing my views based on my own personal experience -- and I have made numerous blunders in the process -- and how I feel one can be a thorough and, above all, helpful critic. My methods may not work for everyone and I still have lots to learn, but I hope it can help others give feedback when they critique or when they comment on a story.

What is feedback? (From Oxford Dictionaries online)

Critique: a detailed analysis and assessment of something, especially a literary, philosophical, or political theory.

Feedback: Information about reactions to a product, a person’s performance of a task, etc. which is used as a basis for improvement.

Basically, we analyse and assess how good or bad something is -- with the aim to help them improve.

So the backbone of giving feedback is: do not aim to crush the soul of the recipient.

Of course, there are some who are sensitive and insecure about their writing skills. We've all been there. There are those who don't actually want the flaws in their work highlighted and don't actually want you hammering at them about ways they can improve their wares. There are those whose skills are actually much lower than yours -- think of a maths professor teaching at university level teaching their kid how to do addition (only in terms of the difference in skill, as I'm not claiming to be a professional in the slightest), he/she wouldn't be teaching them them mathematical modelling or all kinds of complicated algebra. So you've got to alter your expectations and advice according to the recipient...

...if they wanted a critique in the first place.

Back to the start of the past paragraph. Remember not everyone wants a critique. You may go in, full of good intentions and hoping to aid this young budding writer to become a fully-fledged writer, but they may be happy plodding along at their level. Then your (perhaps too) hardcore critique came along and made them upset about writing, instead of helped them improve. They didn't want their stories to be picked apart. They didn't ask for it. So don't, no matter how good your intentions are. If they wish for a critique, offer it or wait for them to ask. Feel free to give small prompts about improvement -- things like "I think XXX should probably talk about his past a bit more because it makes him seem more realistic" and "I think that last action scene went a bit too quickly. I think if it was paced a bit steadier I can really feel myself in that battle" is quick and helpful. 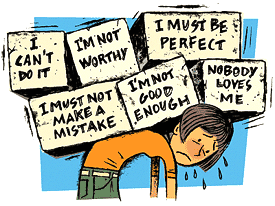 With the above in mind -- Help the recipient improve. Critique only if your service is required. -- let's talk about how feedback should (theoretically) be given and we can have a look in further detail about the above two points.

Years and years ago, in the long-gone days of 1983, a man named Ende published a scientific article on giving feedback [Ende J (1983) Feedback in clinical medical education. Journal of the American Medical Association 250:777-781].

Basically, it boils down to the following:

Feedback should be:
1) Well-timed and expected.
2) Teacher and trainee working as allies with common goals.
3) Based on first-hand data.
4) Regulated in quantity and limited to remediable behaviours.
5) Phrased in descriptive non-evaluative language.
6) About specific performances, not generalisations.
7) Clearly labelled 'subjective' as appropriate.
8) On decisions/actions versus assumed intentions/interpretations.

So what does this all mean?

1) Feedback should be well-timed and expected.

As mentioned earlier, critiques should be something the recipient is expecting, so either the recipient must have approached you asking for one or you offered one to them and they accepted. (Equally if they stated on their profile they love getting feedback, that can also be taken as consent.)

It should be well-timed. Although not much of a problem on Wattpad, because the book isn't going anywhere, the fresher the feedback relative to the time of performance (i.e. of writing the book), the more the recipient will understand your feedback compared to what they were thinking at the time of writing. Additionally, it's a matter of courtesy that you don't promise someone feedback soon and deliver it a few months later. At least drop them a PM either letting them know it'll take a while or apologising profusely for being late.

2) Feedback should be teacher and trainee working as allies with common goals.

You may disagree with the writer and vice versa, but try to maintain a degree of professionalism even if you can't reach an agreement. Remember you're using your time to help another person improve their skills. Making them resentful or your enemy means they won't take any of your feedback on-board. Bruised egos and heated arguments aside, antagonism results in you wasting your time critiquing.

3) Feedback should be based on first-hand data.

This means literally what it says. You should feedback based on what you've read, rather than, for example, what other people have said in the comment section or mentioned in their reviews of that piece. You should gather your own data and make a judgement based on that.

Consider quoting the recipient so the feedback is more specific, for example:

"I noticed you're showing on top of telling on some occasions, and frankly I think you can easily just show and leave out the telling. One area where this is obvious is in paragraph 2, sentence 5, and another area is paragraph 6, sentence 1."

"Where your character said, 'quote quote quote' I feel you can better show her annoyance if you used this word instead of that. As it stands, I think it conveys more sadness than irritation."

4) Feedback should be regulated in quantity and limited to remediable behaviours.

Now the former is something I especially struggle with. Feedback shouldn't be overwhelming in numbers (of points) and should be restricted to things upon which the recipient can improve.

We all know nobody can change everything at once. As a critic, try and prioritise the points the recipient need to improve. What's more important, the fact that their tenses jump back and forth, or they don't know how to punctuate dialogue, or the fact that their main character is difficult to relate to because of personality issues? Or is the fact that the basics of the English language haven't been fully grasped yet the most important area to focus on -- because you, as the reader, is having great difficulty understanding what they're actually trying to convey?

Nobody likes having all of their bad points listed, so consider expanding on the biggest problems and either PM'ing them the smaller points or just having a sentence or two about the lesser areas, for example:

"Just a few minor errors regarding dialogue punctuation. Remember to end a spoken line with a comma if followed by a speaking verb; otherwise, you should end in a full-stop."

"I notice you're occasionally spelling the word 'weird' wrong. Remember the 'e' goes before the 'i', but that's a small issue."

In terms of remediable behaviours, this refers to raising points that the user can actively improve on. It isn't a major issue in writing, in my opinion, but consider when you're public-speaking, you're told your accent is too heavy to be understandable -- it's asking a bit too much if you request a change of accent, but maybe you can suggest they enunciate clearer and speak slower.

Part 2 can be found here.

What do you think of Ende's principles so far? Do you implement any of those? Do you disagree with any of them?
Posted by Katrin Hollister at Tuesday, July 29, 2014