So let's continue going through Ende's principles and what they mean for us as critics or readers who give feedback.

A reminder of what Ende's principles entailed:

Feedback should be:
1) Well-timed and expected.
2) Teacher and trainee working as allies with common goals.
3) Based on first-hand data.
4) Regulated in quantity and limited to remediable behaviours.
5) Phrased in descriptive non-evaluative language.
6) About specific performances, not generalisations.
7) Clearly labelled 'subjective' as appropriate.
8) On decisions/actions versus assumed intentions/interpretations.

5) Feedback should be phrased in descriptive non-evaluative language.

This is actually relatively simple and I'm sure most people who give feedback are aware of it, consciously or otherwise. Feedback should focus on what went well and what did not go well objectively (i.e. "non-evaluative" and not in your opinion.) (Subjective comments will be discussed in point 7.) It should be about the work of the writer and not the writer him-/herself. Telling them how rubbish they are at storytelling is about the most useless thing you can say to anyone.

6) Feedback should be about specific performances, not generalisations.

Again, a relatively simple point that most people are aware of. Considering feedback is actually directly from reading the writer's piece, this can't go wrong in critiquing. Remember you're critiquing the piece that's in front of you, and therefore the feedback should be about that very piece. Saying "The world-building you've employed in the book is very rich and I can obviously see you've put in a lot of effort making your story unique" is helpful; saying "Most fantasy stories are boring and long-winded" is, again, utterly useless, as it doesn't reflect on the particular piece of work you're critiquing and the writer can't employ it to improve their work. 7) Feedback should be clearly labelled 'subjective' as appropriate.

As mentioned earlier, feedback should be non-evaluative and objective. Additionally, because you're a reader as well as a critic, in my opinion, you should also be justified to give your opinion (i.e. subjective feedback) on the piece of work. However, you need to state clearly where you are stating your own opinion as opposed to objective feedback.

An infamous way of starting a story is with a dream sequence. Now, I'm sure we've all read a book where it started with one and was used effectively, adding something wonderful to the book. However, most books, particularly those written by amateurs and writers-in-training, do not use that trope well. Is the book necessarily 'bad' because it had a dream sequence? Not necessarily. If the writer is good enough, they can pull it off.

Now, just because a book started with a dream sequence and you don't think they pulled it off well, you should say that -- you didn't think it was done very well, as opposed to it wasn't done very well. Because such a use may actually appeal to some readers, you shouldn't label your opinion as facts. 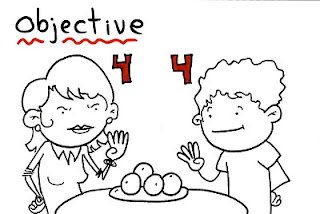 If there is a book that makes your eyes twitch a bit more than you would like and you've used up your arsenal of "I think this isn't working..." and "I don't really like that part", then below are some good stock phrases for you to use and makes the criticism easier to swallow.

8) Feedback should be on decisions/actions versus assumed intentions/interpretations.

Slightly more difficult in writing, because prose is open to interpretation and everyone views a sequence differently. It may very well be very different to what the writer had in mind, also. What this point means is you should be feeding back on what the writer was doing, rather than what you think they were trying to do. For example, this can be the difference between a writer utilising purple prose (i.e. superfluous language) and a writer trying to portray someone who is meticulous to detail, who is describing everything simply because it's part of their personality.

How do you avoid mistaking intentions as mistakes? Well, sometimes it's obvious what the writer is doing; other times, it's not as obvious. If in doubt, you can say "It looks like you were attempting to..." or "It seems to me you were going for..." This leaves room for the writer to correct you if you are mistaken and also allows a more cautious approach, as well as flagging up to the writer that this part of the critique is how you interpreted the prose (subjective), rather than absolute (objective).

As critics, I believe we should strive for a balance between support and challenge. On the one hand, you need to effectively criticise their work, highlight the flaws, flag up the deficits, so the recipient knows their pitfalls and where to improve on. On the other hand, you don't want to overwhelm them on what is effectively their own deficiencies in writing. You want to help and encourage, not demoralise or patronise. At the same time, you need to challenge the recipient so they can get better, not just feel better about their works.

The most important point is to work as a team. Again, as I mentioned in the previous blog post, do not aim to crush the recipient's soul. That is not your job.

A reminder of Ende's principles:

Feedback should be:1) Well-timed and expected.2) Teacher and trainee working as allies with common goals.3) Based on first-hand data.4) Regulated in quantity and limited to remediable behaviours.5) Phrased in descriptive non-evaluative language.6) About specific performances, not generalisations.7) Clearly labelled 'subjective' as appropriate.8) On decisions/actions versus assumed intentions/interpretations.

How good are you at practising them? What are your flaws as a critic? What areas do you think you are the best at and the most deficient in?

I'm running out of time to write this week, but next week I shall talk about methods of delivering feedback, when I will be showcasing the shit sandwich (sorry it'll be a week late!).
Posted by Katrin Hollister at Sunday, August 03, 2014